Amy Schumer looked absolutely amazing at the Glamour Women Of The Year Awards, during her act. Her 70s inspired red dress and killer red heels created a show stopping number for the awards ceremony in New York City. But her outfit really raised eyebrows during her opening act, when she flashed her Spanx while crouching under the podium in front of a startled audience. While she was crouched her skirted hiked up slightly to reveal her Spanx underwear. 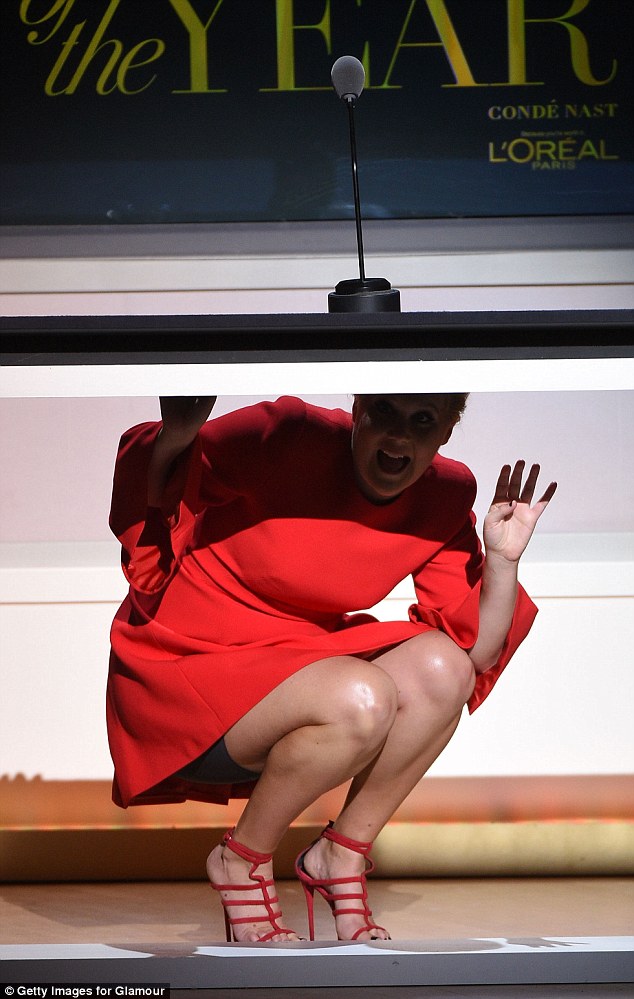 We all know that shapewear is a red carpet essential for most celebrities, to smooth out all the lumps and bumps the magazines so desperately want to see. Amy faked a shocked expression to the crowd with her hands raised 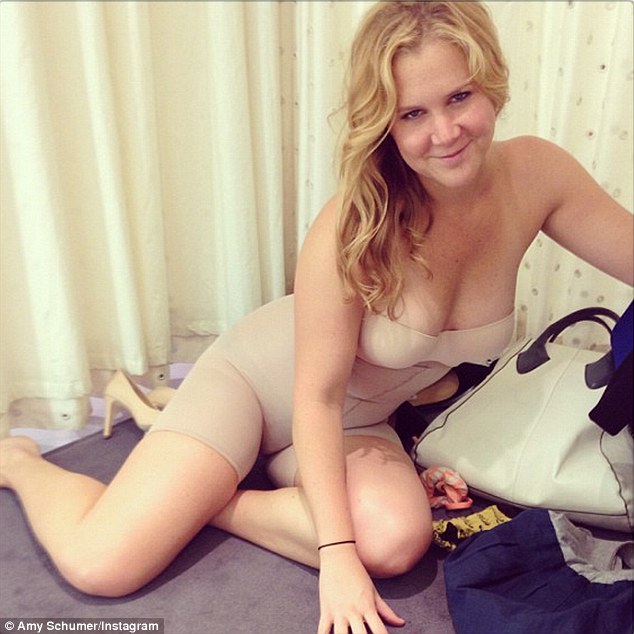 Amy has shown her love for Spanx before. She often wears the control underwear, and even posts picture to Instagram baring all her Spanx glory. In 2013 the comedy star shared a revealing picture of her relaxing on a dressing room floor wearing only her adored Spanx. She captioned the snap “Dropped to the dressing room florr #Exhaustion #nothinbutspanx #holdinladyparts”.

Amy Schumer flashed us a pair of Spanx Skinny Britches, but if you want the same spanx look for less, try the Spanx Slim Cognito Shaping Mid Thigh in Black. The Slim Cognito Shaping Mid Thigh will offer the same shaping support as the pair Amy was showing off at the Glamour Women Of The Year Awards, but will also slim all the way above your tummy. Here a few key feature of the Spanx Slim Cognito Mid Thigh: If you need more advice on celebrity lingerie take a look at our other blogs like Gemma Collins Shows Off Fantasie Susanna Bra. What did you think of the award show? Are you a fan of Spanx? Tell us in a comment below.
Tag: Sports Bras

The Best Sports Bra!
Best Bra for Running
Amy Schumer Wears Spanx to Awards
Sports Bra: Don't exercise unless you're wearing one!
Why your sports bra is your best fitness friend when it comes to your breasts’ health