The Kickstarter 8-in-1 Evolution Bra

Exciting things are happening on Kickstarter for lingerie, a Canadian retailer called Knix Wear is raising funds to produce the 8-in-1 Evolution Bra: The World’s Most Advanced Bra. Knix Wear feels this bra will revolutionise the bra industry, focusing more on functional and practical elements rather than the frills and decoration. The project already has $154,735 when it only had a goal of $30,000 and still 30 days to go when this was written, it seems many women agree there needs to be change. 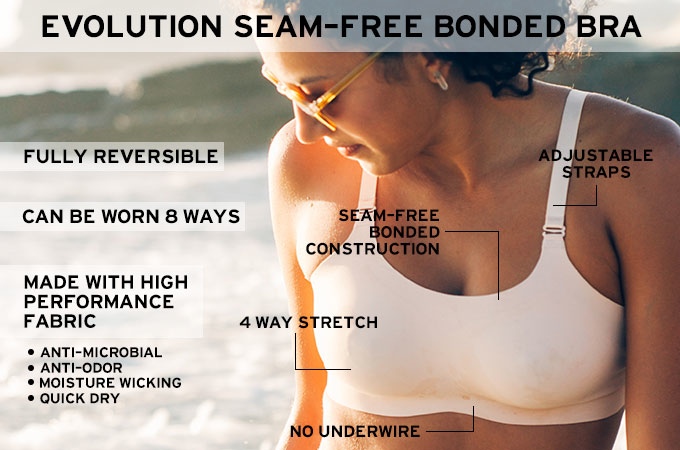 The 8-in-1 Evolution Bra is designed to be for the office to the gym and everything in between. The Evolution bra will be available in bra sizes 32A to 38DD at an estimated retail price of $55. Offering a fully reversible design and two sets of straps, each in a different colour creates an easily changeable look. Created out of high performance fabric that is anti-microbial and anti-odor to keep you fresh for the full day. The design also wick water and dries quickly to stop uncomfortable sweat lingering. With 4 way stretch and a seam free construction, the 8-in-1 evolution bra can be worn under any outfit, no matter how tight. The bonded contruction offers lift and support without any underwiring needed. 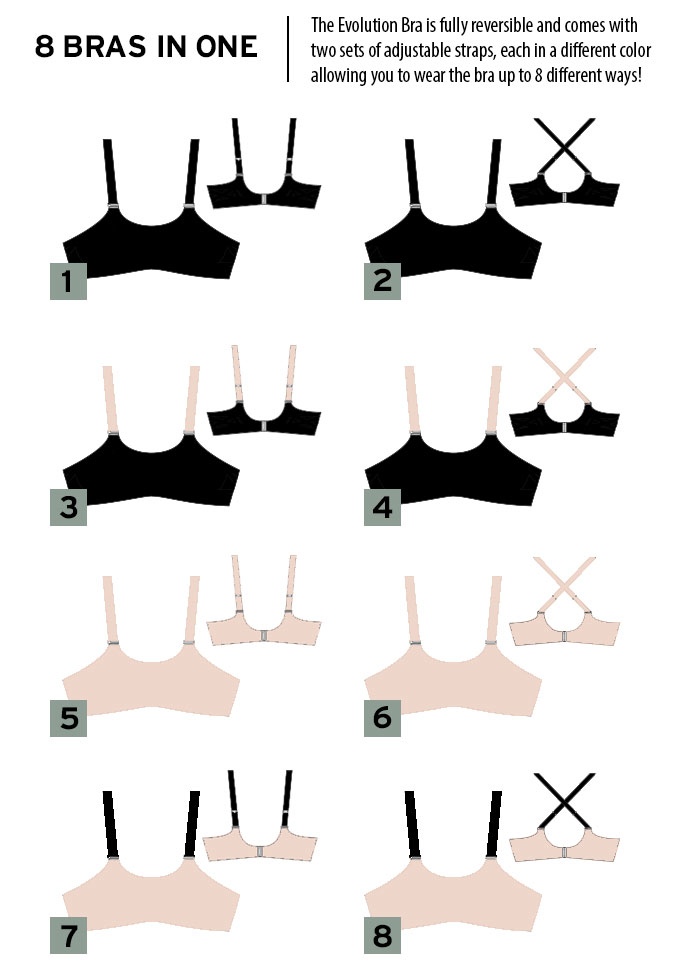 Knix wear a hoping to have orders being shipped by the end of the year, with all the testing already done in the previous 10 months by over 70 women. The 8-in-1 evolution bra just needs to go into production, I think this will be a well-known bra in twelve months. We have some exciting innovations in the lingerie industry that are sure to make a mark in the years to come, and the 8-in-1 bra could be one of them. What do you think of this new project? Would you like an 8-in-1 Evolution Bra? Tell us your thoughts in a comment below.

Which is the right Fantasie Belle Bra for you?
Cheapest Fantasie Bras at Bras&Honey
The History of the Bra Highlights
Gemma Collins shows off Fantasie Susanna Bra
The Kickstarter 8-in-1 Evolution Bra